Current US standard traffic signal engineering practice does not create acceptable walking environments. Digital signal controllers with required pushbutton wiring for audible signals and mandated minimum crossing times have permanently disrupted the old uneasy peace in which the cheapest, easiest thing to install was traffic signals that paid little specific attention to pedestrians but also asked nothing from them.

In today's world, what engineering policies would, if followed, create intersections that are acceptable both to pedestrians and to engineers?

Here is what I wrote earlier today in a SeeClickFix ticket, whittled down from a longer and more nuanced list from a few months ago.

Is it the right list? Here are the rationales and some potential objections: 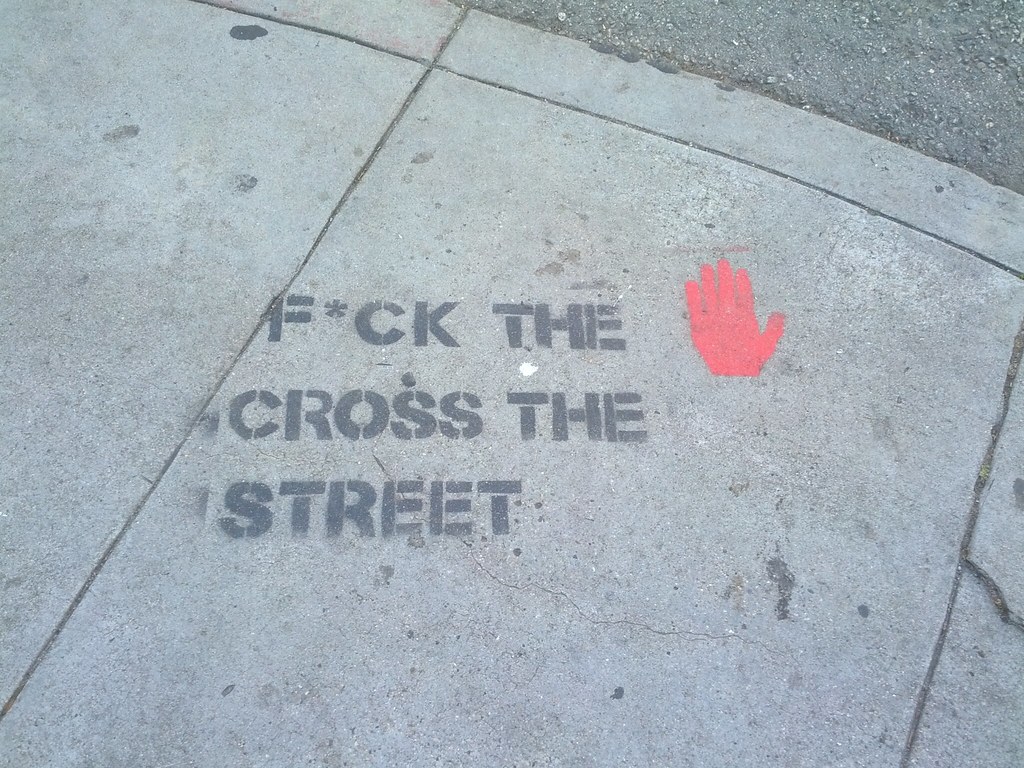 Actuation not required at green lights that are already long enough

Of these points, I think the first is both the most important and the most difficult to justify denying. It has no impact on timing, only on permission. If the light is already going to be green long enough for people to cross, they should be able to cross.

The objection is that in a truly demand-driven situation, it may not be known at the beginning of the green light how long the light will stay green. Should I complicate things by acknowledging this, or trust that in the US it is rare for it to matter?

(The Boston objection is that intersections with more than 250 turning vehicles per hour—which is to say, an intersection with an unusually high rate of turns or of streets with more than two lanes—should have an exclusive walk phase instead of filtering the turns through the crosswalk. Do any other cities care about this?)


Actuation not required for crosswalks that are busy enough


The second point takes advantage of the fact that engineers often admit that "downtown" has to accommodate pedestrians all the time, and tries to redirect the concept of "downtown" to refer to a level of activity rather than to an arbitrary geographic region.

The objection is that it contains a magic number, 50, and a generalization from peak hour to all day.  The intent is for 50 per hour per crosswalk to signify a level of pedestrian activity above which, if your timing scheme depends upon pedestrians not being present, it won't work anyway, so you might as well take them into account by default. It is also intended as a concession: 75% of intersections in Oakland do not meet this standard and probably shouldn't actually assume that pedestrians will be present constantly.

Is 50 the correct number from either perspective? And can engineers accept the idea that if a street has pedestrian life at some times of day, it should be treated as if it does even at slow times?


Responsiveness where actuation is required


The third point is a fundamental principle of user interface design: if someone requests an action, their request must be acknowledged immediately and accomplished quickly. If the light for parallel vehicles is already green, it is difficult for someone wanting to cross to perceive any reasonable justification for delay, so the walk signal should begin immediately.

One objection is that lengthening a green light might disrupt coordination, if other vehicles on the cross street have already been dispatched from another signal expecting to receive a green at this one. The other is safety: if a vehicle has already begun to turn, its driver may not see the walk light and may not expect a pedestrian.

Some installations work around these problems by taking the button press as an instruction to immediately end the green light rather than to begin the walk signal. Is that better?


Not enough? Too much?


In the attempt to keep it short, I haven't said anything about how transit priority should work (by sensing the bus when it's still a block away so the light can be held green for it) or about maximum cycle length (probably a minute and a half) or turn arrow phasing (after the walk phase, not before) or responsiveness during red (should immediately begin clearance of the direction with the green) or anything else. Do I need to?